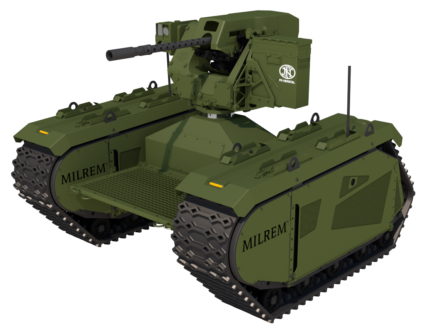 As the name suggest this unit is equipped with the deFNder Medium remote weapon station developed by FN Herstal. In partnership with FN Herstal and the Estonian Defence Forces this armed UGV has been deployed at the biggest Estonian defence exercise Spring Storm 2017.
In December 2017 live firing tests were conducted in Estonia where the weapon system was tested with a moving UGV as well as a stationary vehicle.