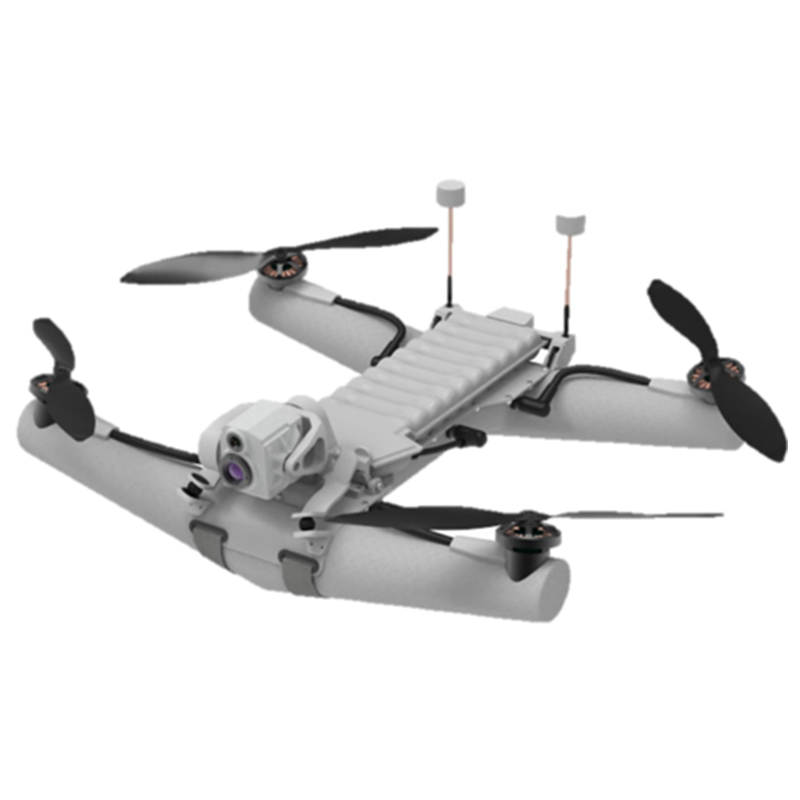 The DIODON HP30 is a micro-drone weighting less than 2kg adapted to defense and security missions in hostile environments.

Thanks to the maximization of operational performances, this new drone will ensure the success of your interventions.

The Diodon HP30 is a drone with inflatable arms. Not only does the inflatable limbs make it a lot easier to transport, after all, it also allows it to safely land on water, as the air-filled arms will leave it buoyant enough to float as it waits to be retrieved. They also inflate fast, allowing you to simply attach it to an air pump and be ready to fly within a couple of minutes.

The DIODON HP30’s ground control station was conceived to be easy to use with gloves and under the same constraints the drones may face.

With its native buoyancy and completely waterproof electronics, it is designed for use in maritime environments and during heavy rainfall.

The DIODON HP30 integrates high performance optical and thermal (IR) sensors for a better detection, reconnaissance and identification of points of interest.

Its inflatable structure allows the DIODON HP30 to be used in poor conditions as it gives it a high resistance to shocks.

The DIODON HP30 is easily transportable thanks to its compactness and can be deployed in less than a minute by an operator.

The possibilities of the HP30 DIODON are increased during missions thanks to an intelligent, intuitive, tactile and resistant ground control station.
BACK